My work focuses on shifting cultural immersion between acculturation and marginalization. I explore the gradual disappearance of my heritage, as a third generation Mexican-American, through the manipulation of Tejano/American iconography. I explore loose memories from my childhood, along with imagery from films, comics, and television program to create ambiguous over-saturated narratives. By generating cultural symbols similar to mass produced, unlicensed merchandise sold in border towns and flea markets, I am recognizing my unconscious attempts at destroying an ethnic identity. By reconstructing iconography from American pop culture with Tejano influence, I am attempting cultural self-restoration. 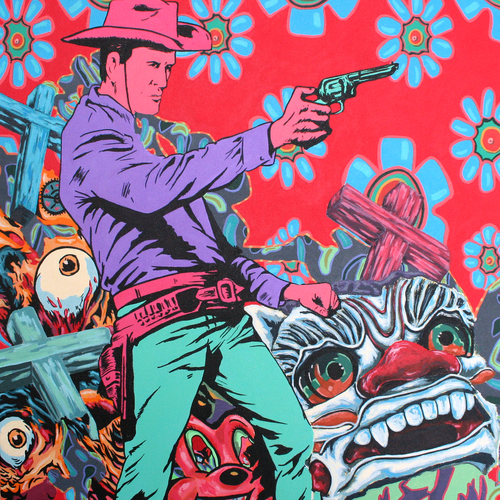 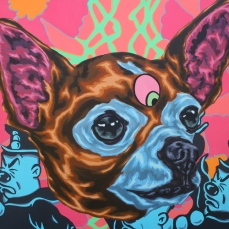 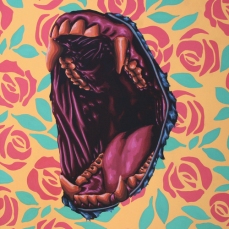